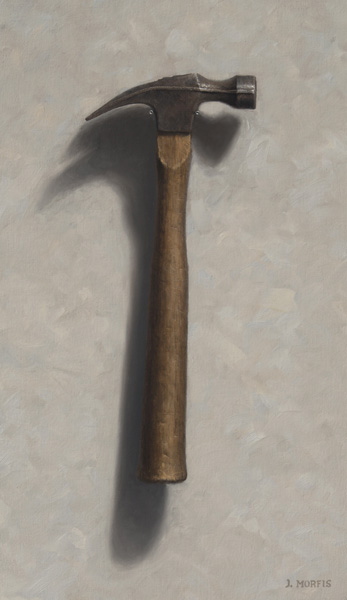 I painted this tool once before and you can read about its significance here. This time I reversed the hammer’s positioning so that it faces the other way. This created a pretty cool looking cast shadow caused by the split between the hammer’s claw. Often an object’s cast shadow becomes an equally important part of the painting’s composition.

So there you have it folks. Another oil painting of an old hammer!

What do you think?