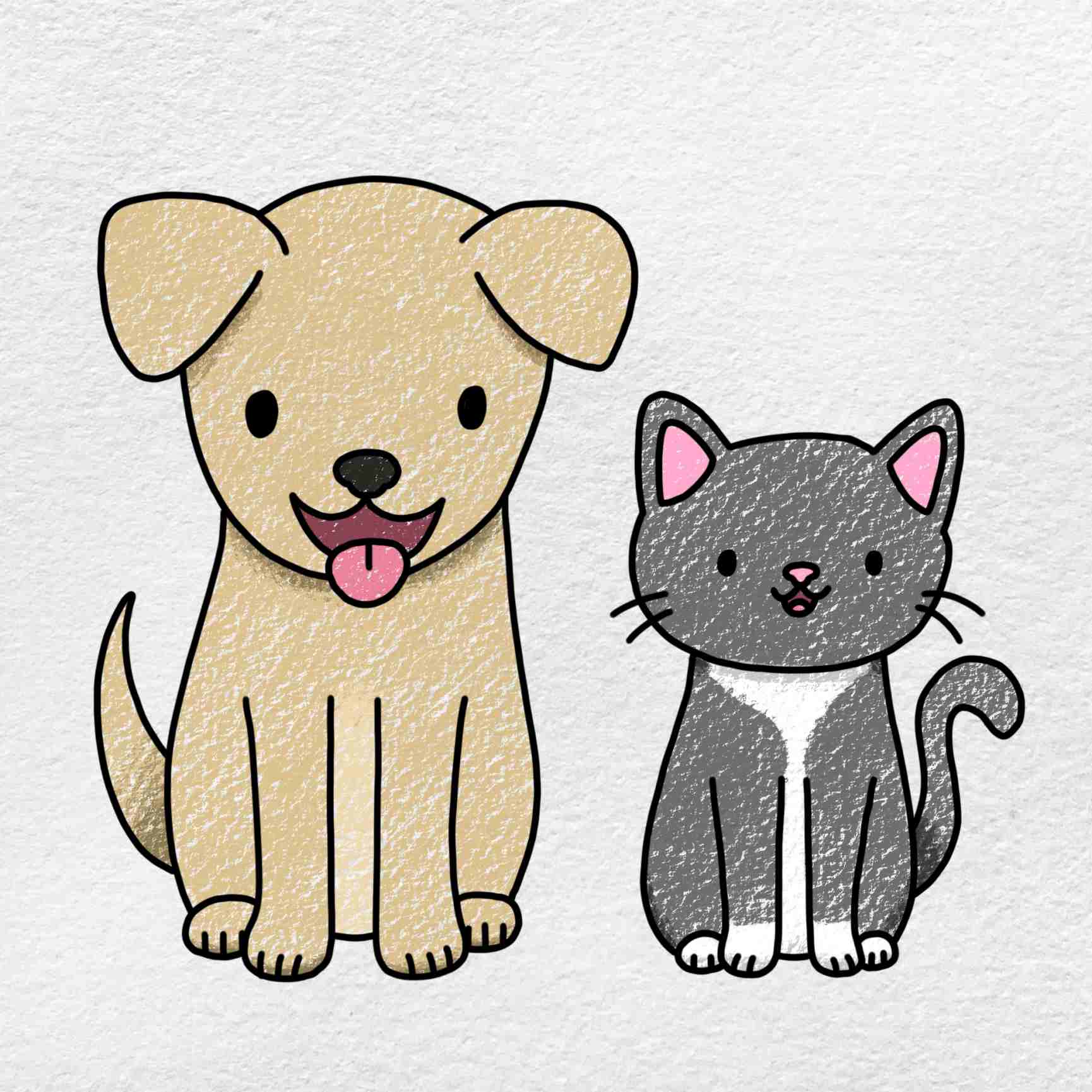 Children will love learning how to create a cat and dog drawing.

With 9 easy steps to follow, kids will enjoy drawing their own cat and dog on paper. Also included is a printable version of this cat and dog drawing tutorial.

Ideal for art teachers and homeschoolers looking to instruct kids how to draw a cat and dog.

Enjoy creating a colorful cat and dog drawing and remember to add some unique details. Now let’s get started. 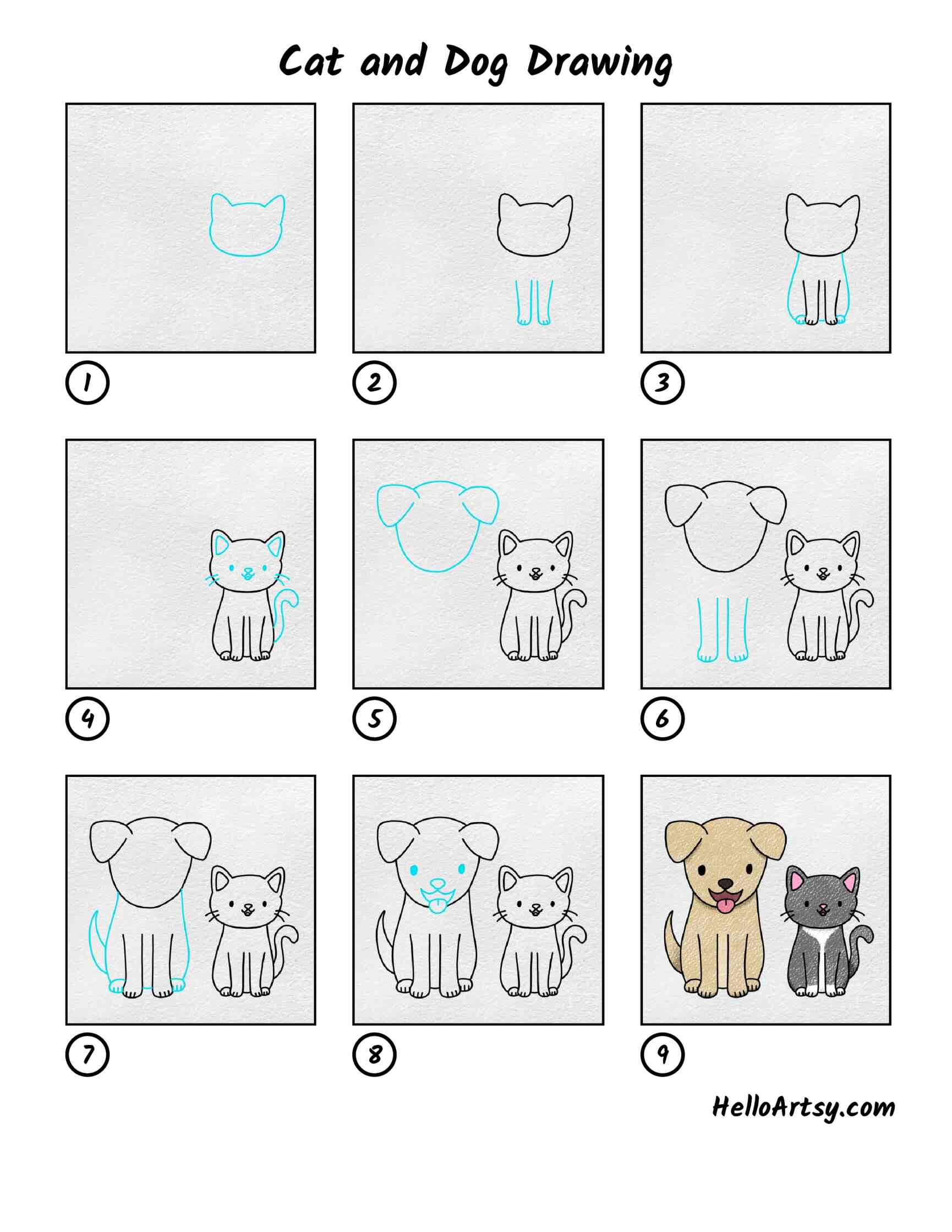 This lesson will teach you how to draw a cat and dog. We will pay attention to the shapes of each part and types of contours drawn ensuring that the artwork looks great.

Click the link below to view or download this drawing lesson. The PDF is a printable drawing lesson for Cat and Dog Drawing. The last page of the downloadable PDF includes a coloring book page with just the outlines and an extension exercise for prompting kids to get creative!

Where do dogs and cats live in America?

Researchers have found that more than half of the cats living in the United States are adopted in the first year, and just over 50% of the dogs in the U.S. are adopted within the first three years.

What is the rate of adoption of dogs and cats in the United States?

A new study from the American Veterinary Medical Association (AVMA) has found that the rate of adoption for pets in the U.S. is decreasing, with more than 42,000 animals being taken in by shelters and other groups every year.

The data shows that the number of animals entering shelters across the country has been on a gradual decline since 2009, but remains unchanged since 2000.

What is the age range for adoption of dogs and cats in the United States?

In the United States, the average state age of dogs and cats entering into their homes is 5 years old. This is not to say that there are no exceptions.

The young age range can vary from a few months to a few years, but the majority of breeders fall in the 5 year to 10 year age range.

How many dogs and cats are in shelters in the United States?

According to the National Animal Control Association (NACA), there are nearly 4 million animals in shelters in the United States.

A total of 1.1 million pets enter animal shelters each year, and about 2.3 million are adopted or returned to their owners.