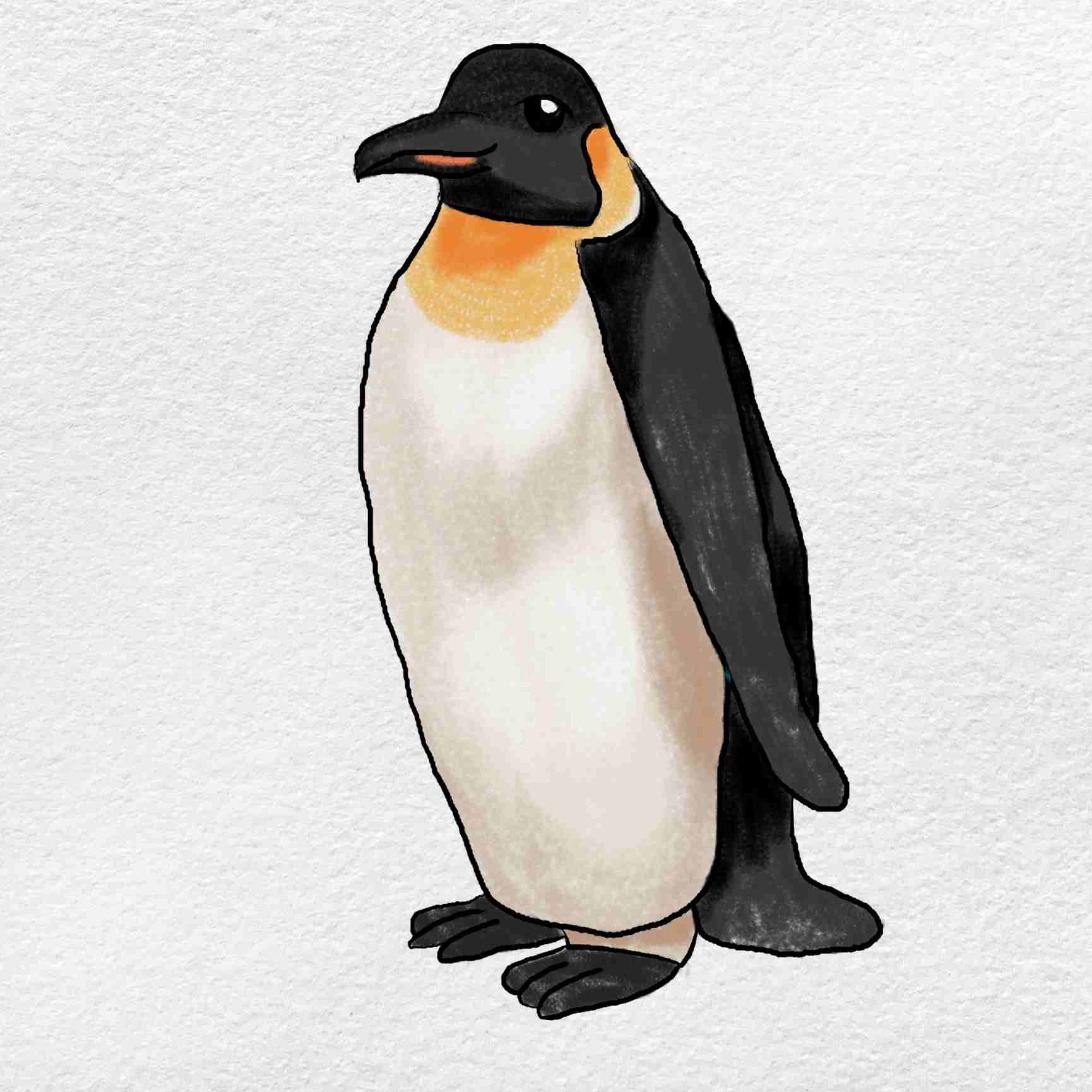 Kids can learn how to make an emperor penguin drawing!!!

There are 6 easy steps to follow, kids will enjoy creating their own emperor penguin on paper. Also included is a printable version of this emperor penguin drawing tutorial.

Ideal for art teachers and homeschoolers looking to instruct kids how to draw their own emperor penguin.

Drawing is much more fun when you have a simple lesson to reference. Keep practicing! 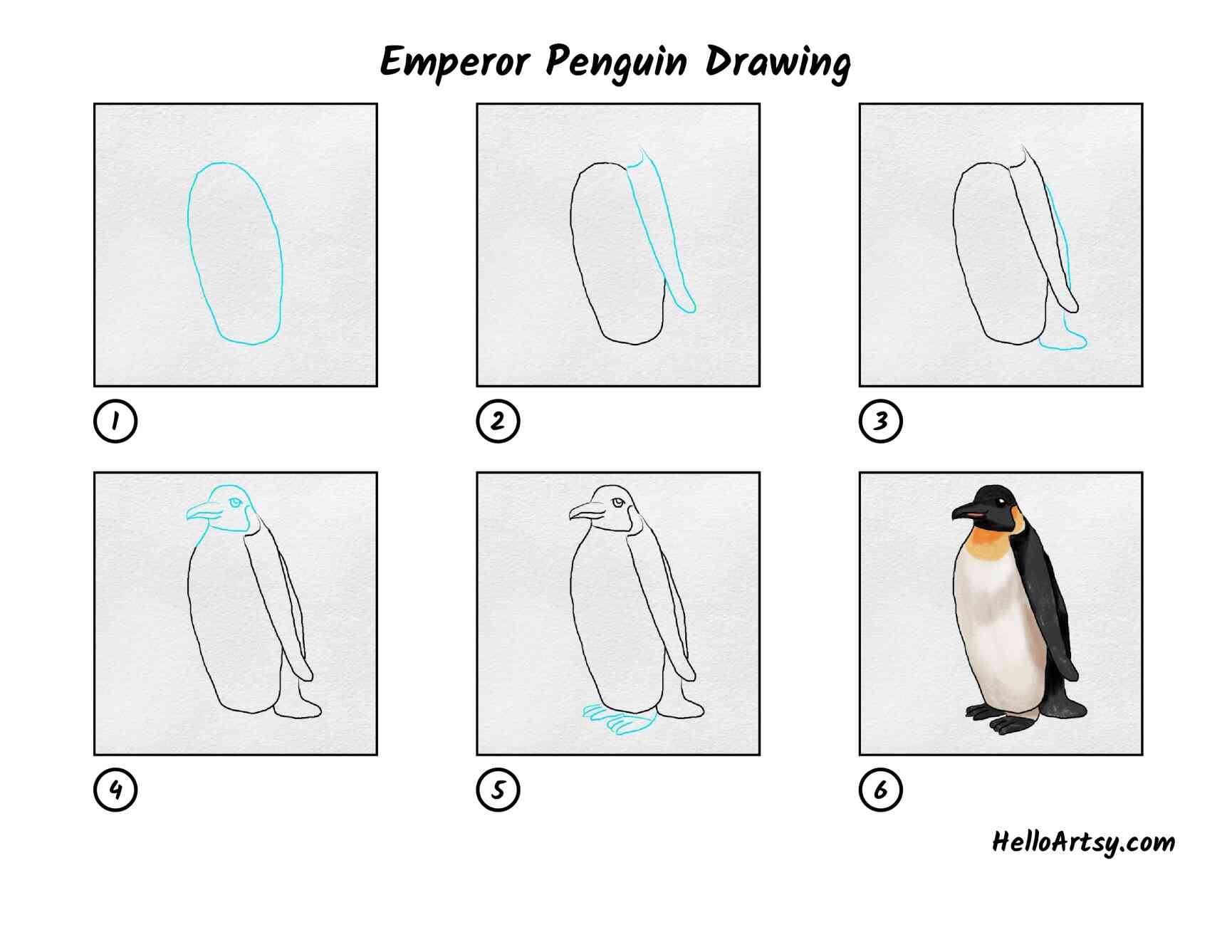 This lesson will teach you how to draw an emperor penguin. We will pay attention to the shapes of each part and variety of outlines drawn ensuring that the artwork looks correct.

Click the link below to view or download this drawing lesson. The PDF is a printable drawing lesson for Emperor Penguin Drawing. The last page of the downloadable PDF includes a coloring book page with just the outlines and an extension exercise for prompting kids to get creative!

Why Emperor Penguins Are Cool

I’m sure you’ve heard of penguins. They are some of the cutest birds out there. Well, today I will talk about some cool facts about these tuxedo-wearing birds.

Did you know that Emperor Penguins are the only penguin species that spends its entire life at the extreme cold climate? They can be found in Antarctica and sometimes on other sub-Antarctic islands too.

The Emperor Penguin is also one of the largest birds in this category with adults weighing an average of 20 pounds. They also have a very thick layer of fat under their skin to keep them warm and maintain their body temperature.

Emperor penguins are the largest species of penguin. They are noticeable by their black and white plumage. The emperor penguins populate the southern hemisphere in Antarctica, South Georgia Island, and the Falkland Islands.

Like other types of penguins they cannot use their wings for flying. They can swim very well underwater however. Their bodies are streamlined for swimming with narrow bodies and flippers that act like oars.

The emperor’s diet consists primarily of krill and even squid.