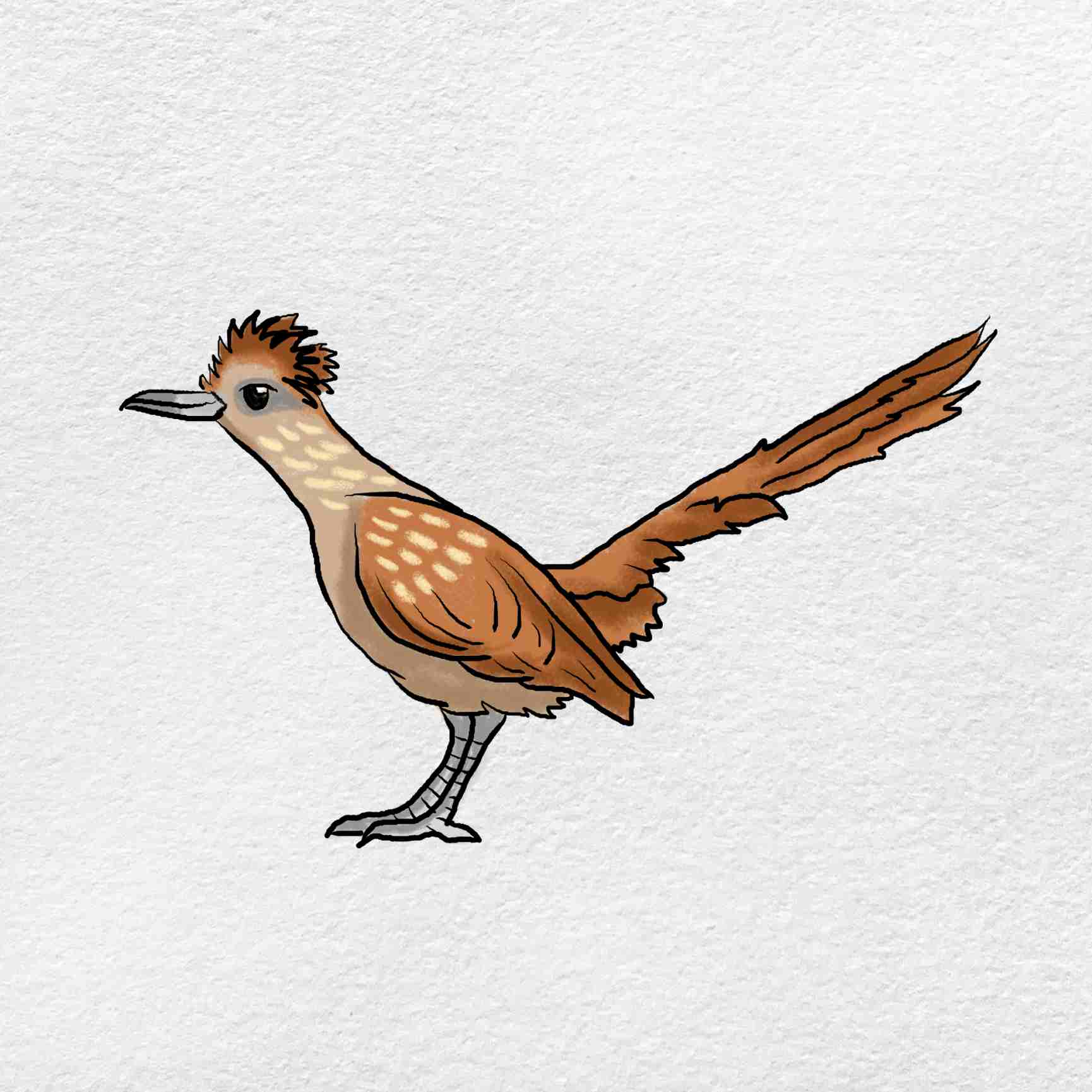 Kids can learn how to draw a roadrunner by following the example drawings in this easy tutorial.

There are 6 easy steps to follow, children will enjoy creating their own roadrunner on paper. Also included is a printable version of this roadrunner drawing lesson.

Ideal for art teachers and homeschoolers looking to instruct kids how to draw a roadrunner.

Enjoy learning how to draw a roadrunner. Go beyond the lesson…don’t forget to add some creative details. It is time to get drawing! 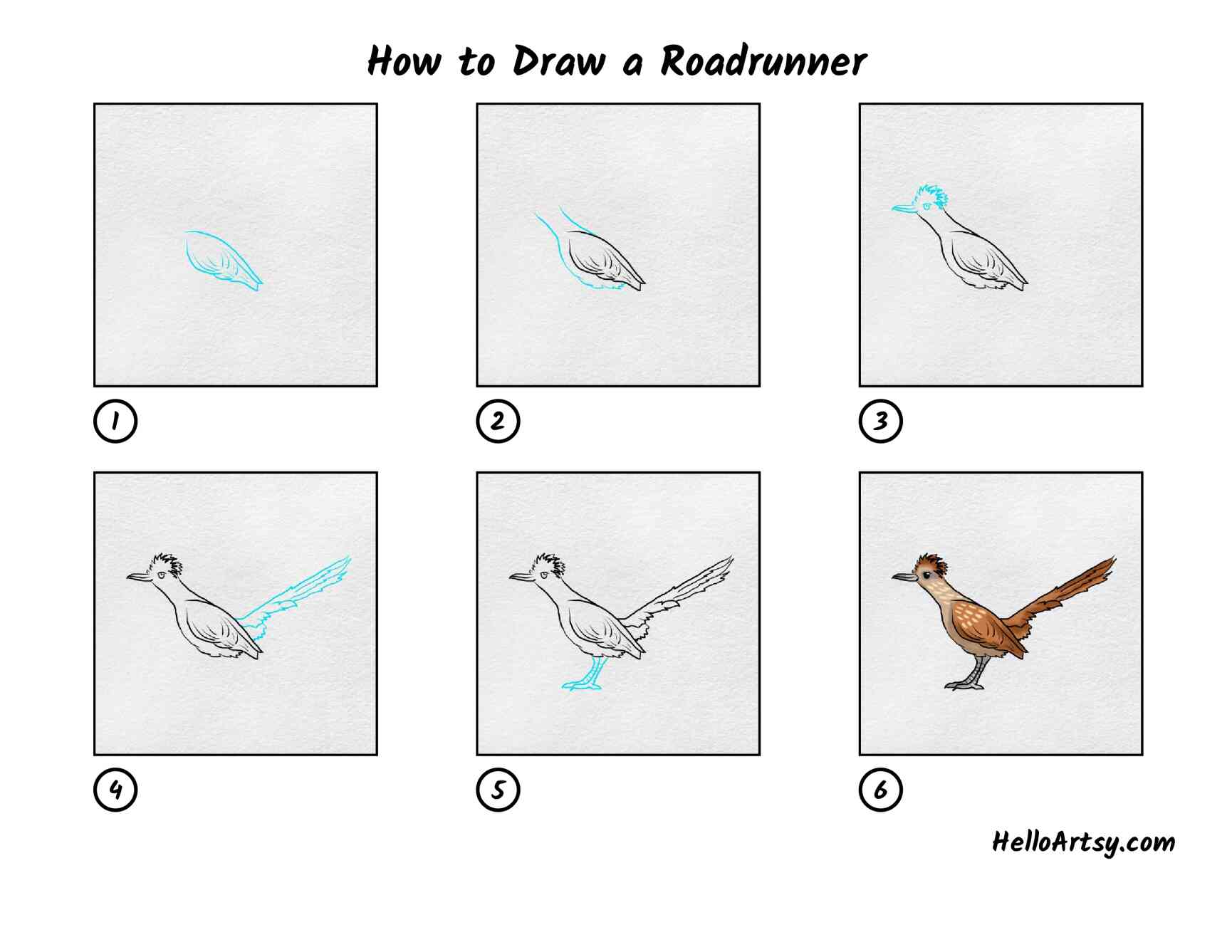 In this lesson, we will begin with a blank piece of paper and discover how to draw a roadrunner in a series of 6 steps. It is best to notice the shape and size of each part of the roadrunner.

Click the link below to view or download this drawing lesson. The PDF is a printable drawing lesson for How to Draw a Roadrunner. The last page of the downloadable PDF includes a coloring book page with just the outlines and an extension exercise for prompting kids to get creative!

Preview How to Draw a Roadrunner Drawing PDFDownload PDF

What a Fast Bird!

Roadrunners are very protective parents, and will remain with their young for several months after hatching.

Roadrunners spend little time flying and most of their time walking and running. Their average top speed of 23 mph. That’s faster than Usain Bolt’s average speed when he set the world record for the 100 meter sprint in 2009.

Birds are not typically known for running long distances, but the roadrunner is an exception to this rule. Scientists have studied roadrunners in order to learn more about how birds are able to reach such high speeds. The roadrunner’s body is built to run.

Roadrunners possess strong, muscular legs that allow them to sprint in bursts in order to catch their prey.

Roadrunners are a favorite in popular culture, especially when it comes to cartoons. What’s not to love about a bird that can outrun a coyote? But did you know that they can also: