Circles All Around Us

When looking at common everyday objects we quickly discover that circles are everywhere. Soup cans, flower vases, car tires are all round objects. The trouble begins when we attempt to draw these round objects in our artwork. 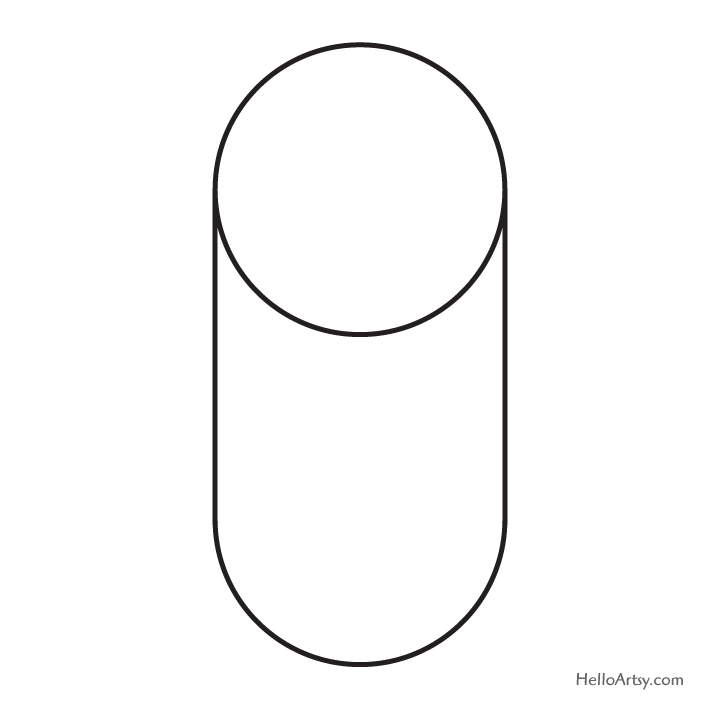 Something doesn’t look right, does it?

It’s rare to have to draw a perfect circle in a representational work of art. Although we may recognize rounded objects we are rarely looking straight at the circle head on. That’s why the first drawing of the cylinder looks incorrect. Often our brain gets in the way of our drawing and wants us to recognize circles, even if we shouldn’t be drawing a circle. Recognizing that a cylindrical form has a circle for a top leads many young artists to draw it just that way, incorrectly with a circle for a top. You’ll see in a moment that drawing an ellipse is really the technique we should be after.

I’m purposefully avoiding the topic of how to draw circles in perspective. We are touching on the essentials here but I’ll reserve a much more in depth analysis for how to draw perspective circles at another time.

Solutions For Drawing Round Objects

In the correct drawing of the cylinder above you’ll notice that an ellipse was used to draw the top. This is a very important deviation from using a circle. An ellipse is what you get when you combine the properties of a line and a circle. In fact, a line and a perfect circle are both special ellipses representing the possible extremes to which an ellipse can be drawn.   A good way to envision an elliptical shape would be to imagine a circular ring hanging in front of you. As we rotate the ring so that the top moves away from your and the bottom towards you we no longer see a perfect circle but an elliptical shape instead. You can try this with a round top from almost anything in your kitchen. Use a round jar for example.

How To Draw An Ellipse

It’s difficult to hand draw ellipses but a skill worth practicing. When starting out you may need some help, however. When faced with drawing round objects that incorporate elliptical shapes I often draw them by hand if possible. If I have any trouble drawing ellipses I usually use one of the following three methods to help me out: Most of the time you will only need to draw ellipses so that they are angled one of two possible ways. That’s right, two simple angles to make your drawing look great! Let’s cover them now. 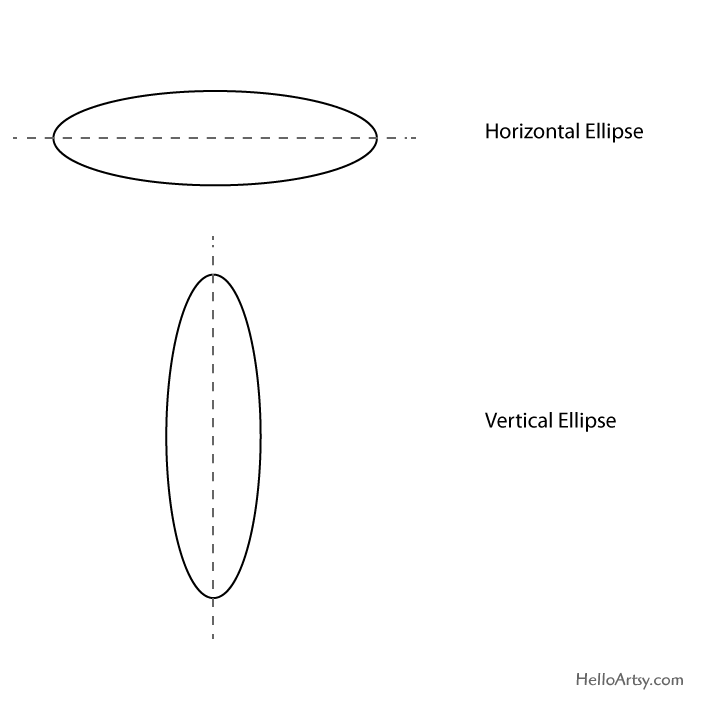 Cool, but this is getting awfully nerdy. How about some actual examples that show how to draw an ellipse? 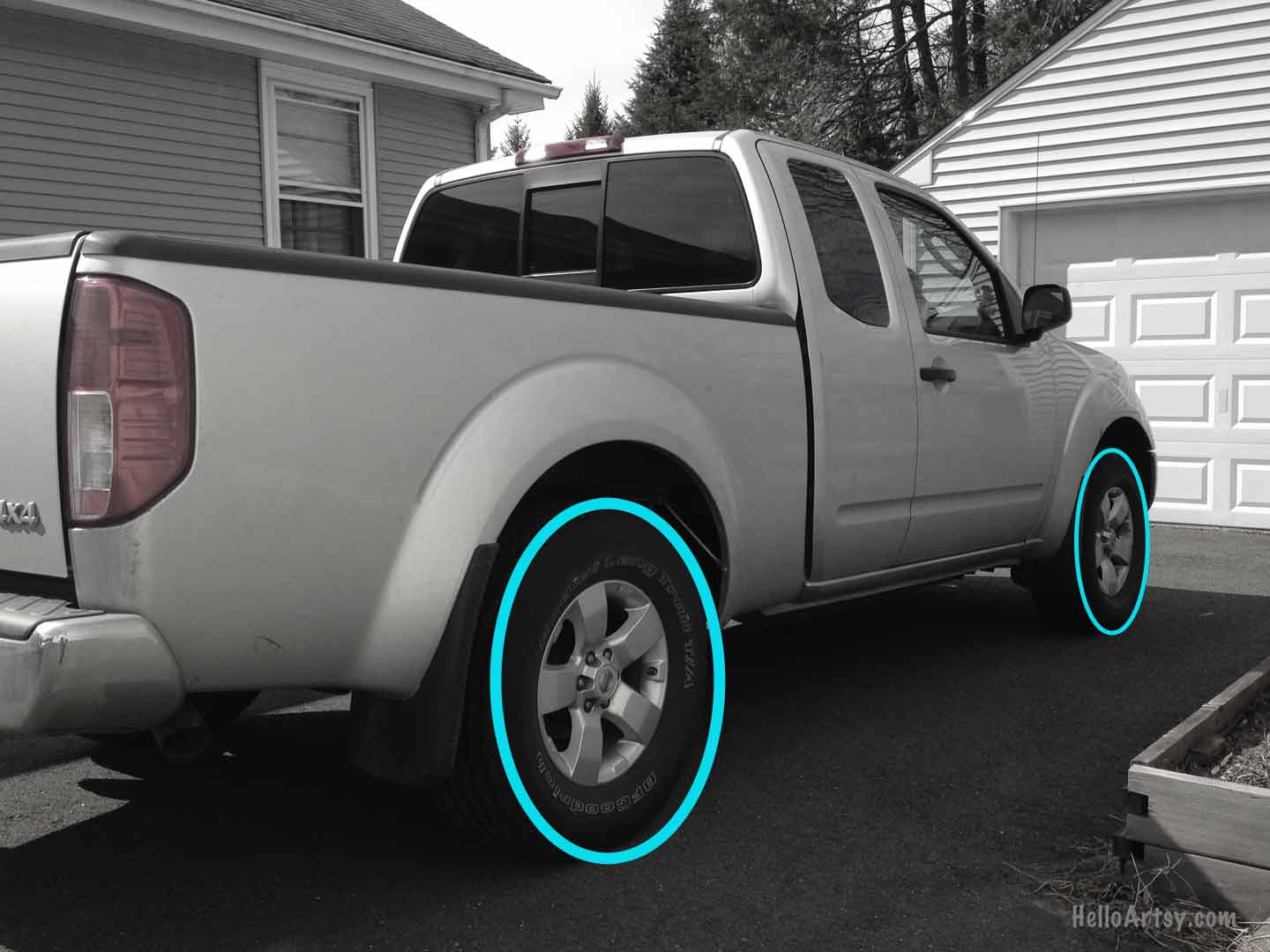 In the above photo you can see how the roundness of a truck tire is easily drawn with a vertical ellipse.  As you can see, drawing a perfect circle would look terrible!  You simply need to be able to identify the curves and learn how to draw an ellipse. 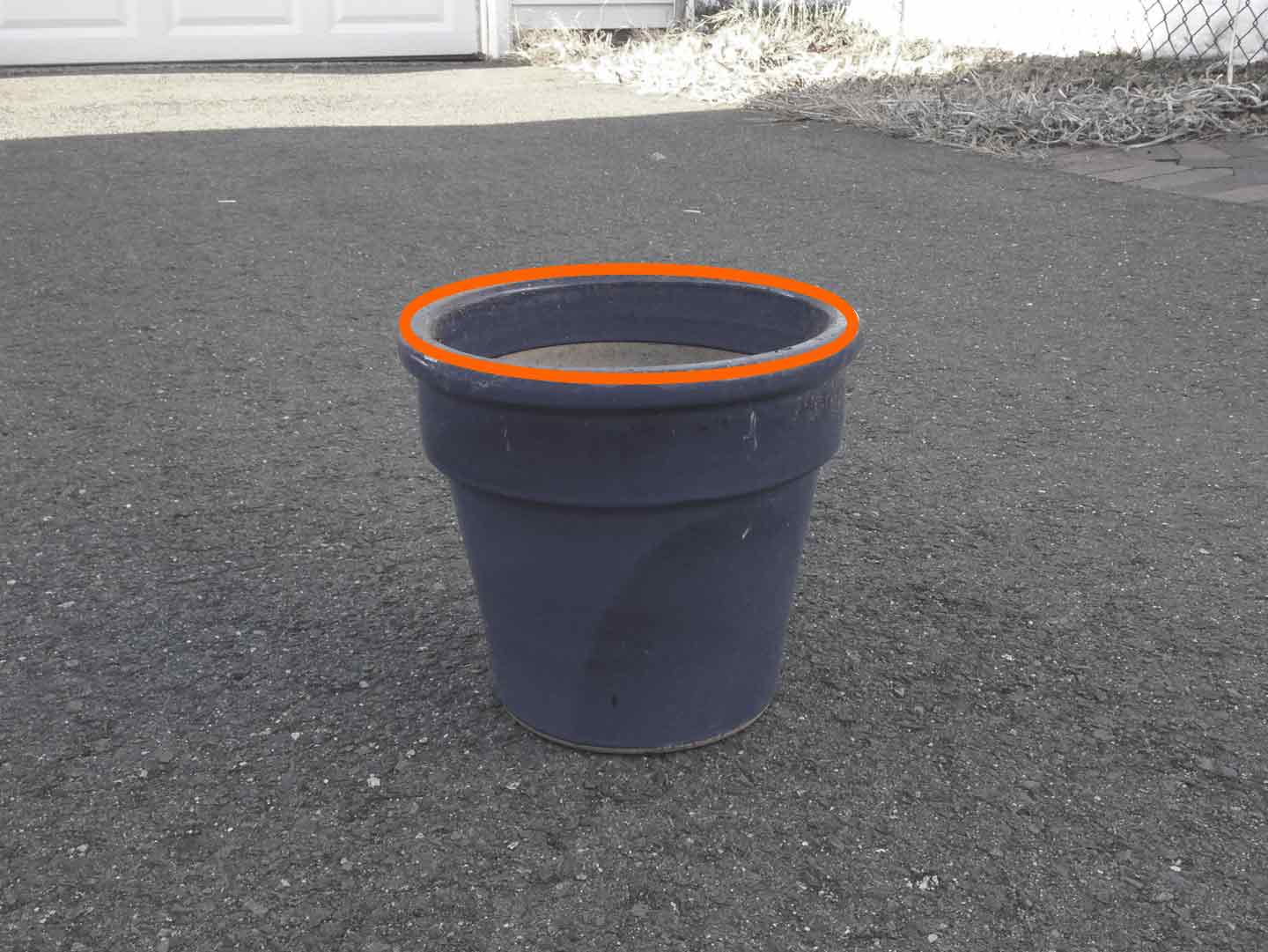 Like my flower pot? I bet you wish you had a fine flower pot like this one! Any who… Notice how the rounded top of the flower pot can be drawn with a horizontal ellipse. Drawing round objects is fairly easy once you know how to locate and draw the ellipses!

Having trouble? I might be able to help. Please leave a comment or ask a question below.