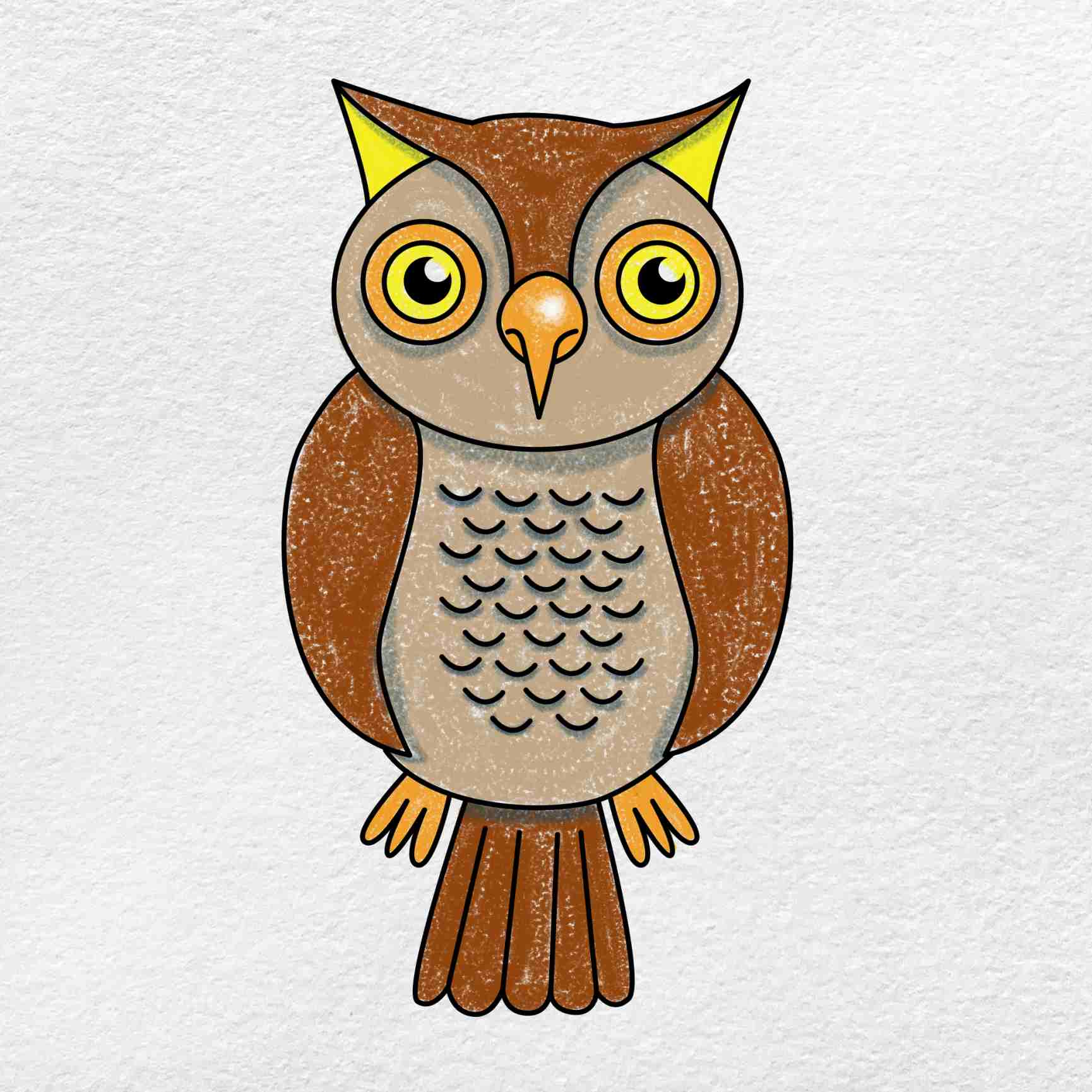 Children can learn how to draw an owl by following the photos in this simple lesson.

Beginners will benefit from this simple step by step lesson for learning how to draw an owl. This easy owl tutorial is perfect for fairly young kids looking to get started with drawing.

All drawing steps are included here which make it fun and simple to follow! Plan for this drawing to take about 30 minutes, but the drawing process can actually take longer if a background is drawn in addition to the subject matter.

Trying to learn to draw is much more fun when you have a easy-to-understand lesson to follow. Keep practicing! 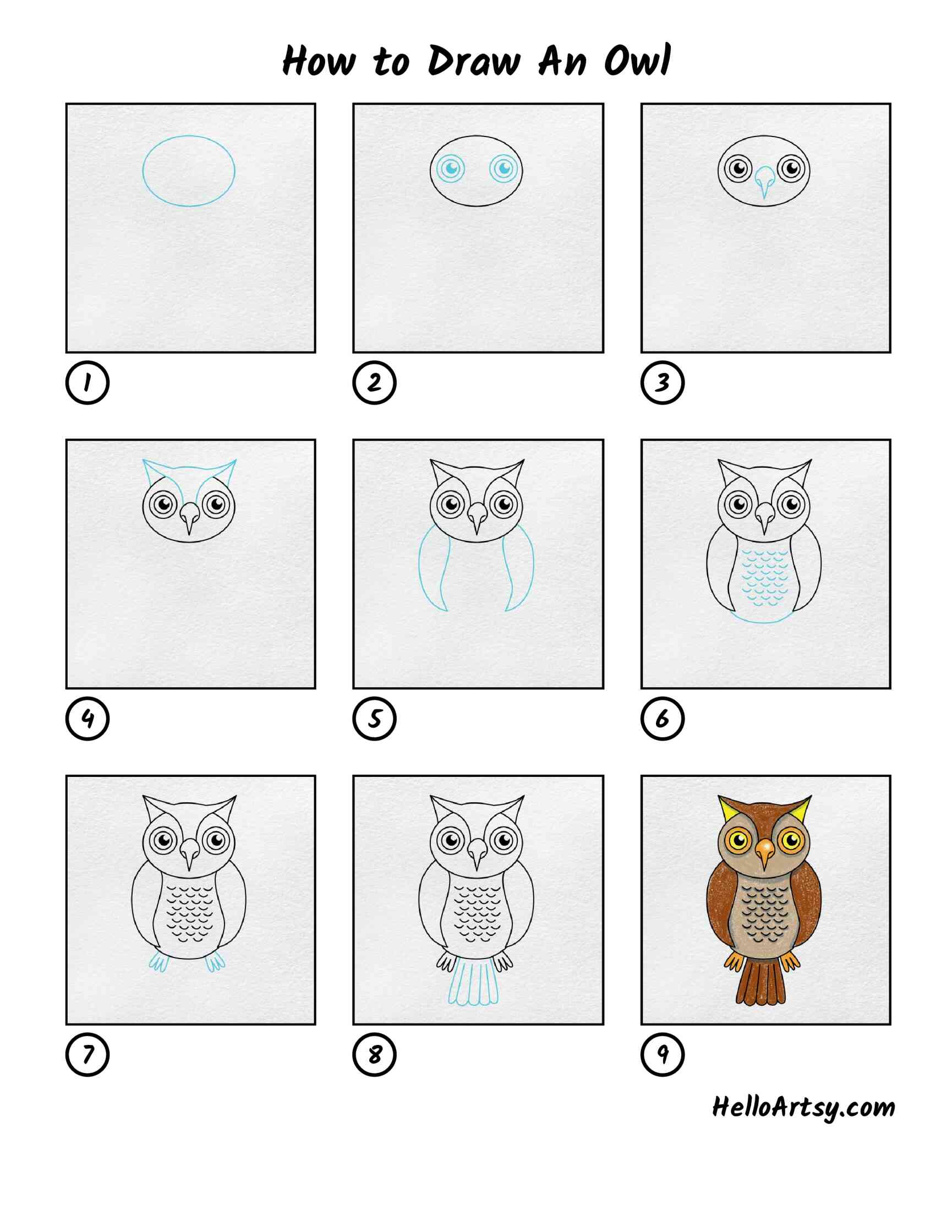 In today’s tutorial, we are going to learn how to draw an owl on paper. The design and proportion of each part will be highlighted in each step of the lesson. Observe that the blue lines are used to show the current lines being drawn in each in each of the steps.

Click the link below to view or download this drawing lesson. The PDF is a printable drawing lesson for How to Draw An Owl. The last page of the downloadable PDF includes a coloring book page with just the outlines and an extension exercise for prompting kids to get creative!

Preview How to Draw An Owl Drawing PDFDownload PDF

Where can you find Owls

An owl is a type of bird. Owls are found on all continents except Antarctica and each kind of owl has its own unique hunting strategy. There are two main types of owls: the diurnal and nocturnal owls. Nocturnal owls hunt at night, whereas diurnal owls hunt during the day.

There are many types of owls found around the world and there are over 200 species as well. Owls can be found on every continent except Antarctica, despite being the most widespread family of birds in the world today. Owls are found in many different habitats around the world. Owls live in forests, deserts, mountains, and swamps.

The different species of owls vary in size, color, and hunting skills. There are some that wait for prey like a hawk while others use their hearing to hunt down their next meal.

Endangered Owls in the Wild

The long-eared owl is a small owl native to the Northern Hemisphere. They are found in Eurasia and North America.

The brown long-eared owls are typically found in wetland areas, such as marshes, swamps, and wet meadows. The population of this species has decreased by up to 60% since the 1950s due to habitat degradation and pollution.

The barn owl is not an endangered species but they are considered a threatened species since their populations have been decreasing steadily in recent years.