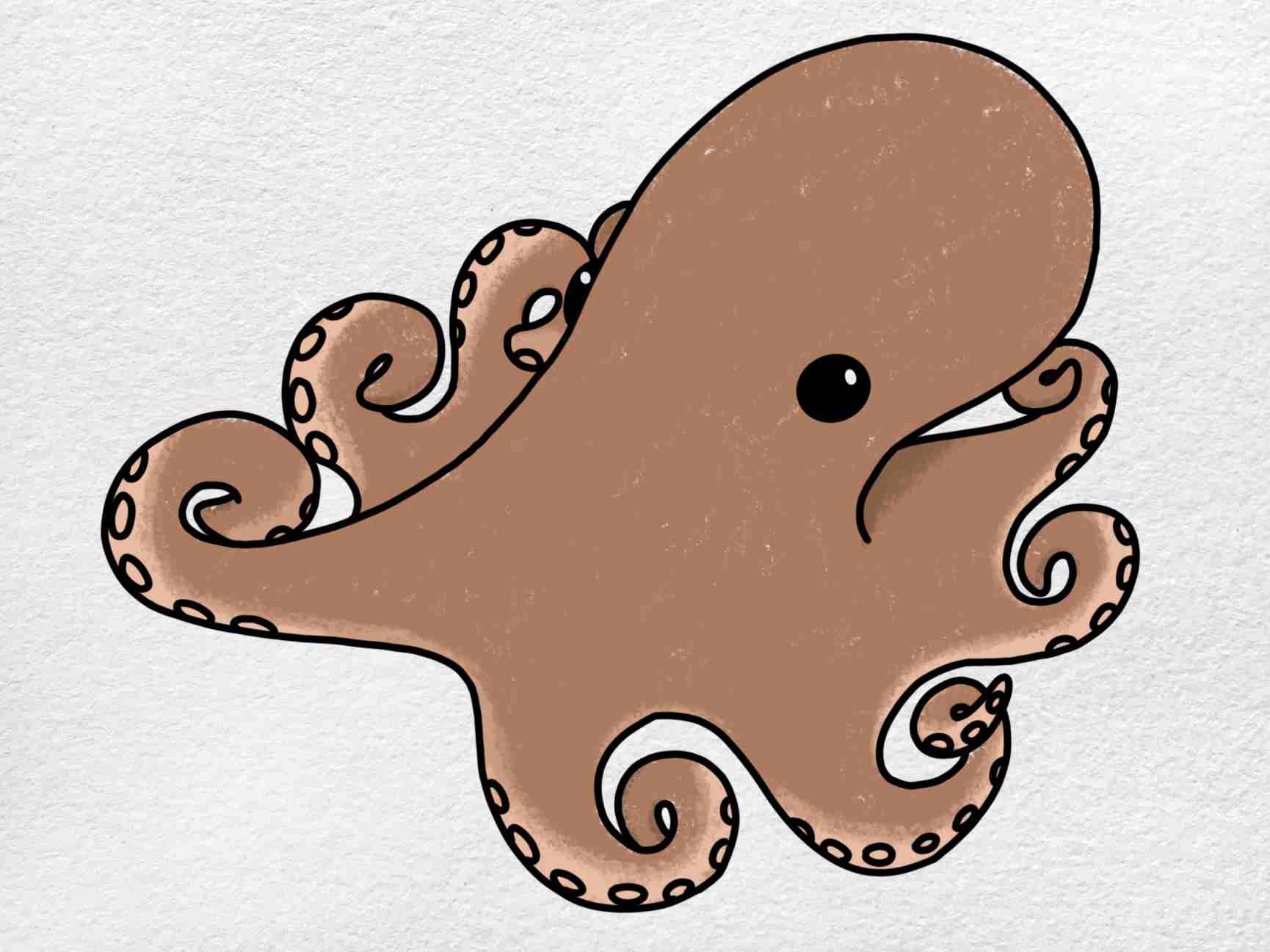 Want to find out how to plan out an octopus drawing?

With 9 easy steps to follow, children will enjoy drawing their own octopus on paper. Also included is a downloadable version of this octopus drawing lesson.

Ideal for art teachers and homeschoolers looking to instruct kids how to draw a octopus.

Finally learn to draw marine life by following this lesson at your own speed. …and now for the octopus drawing lesson… 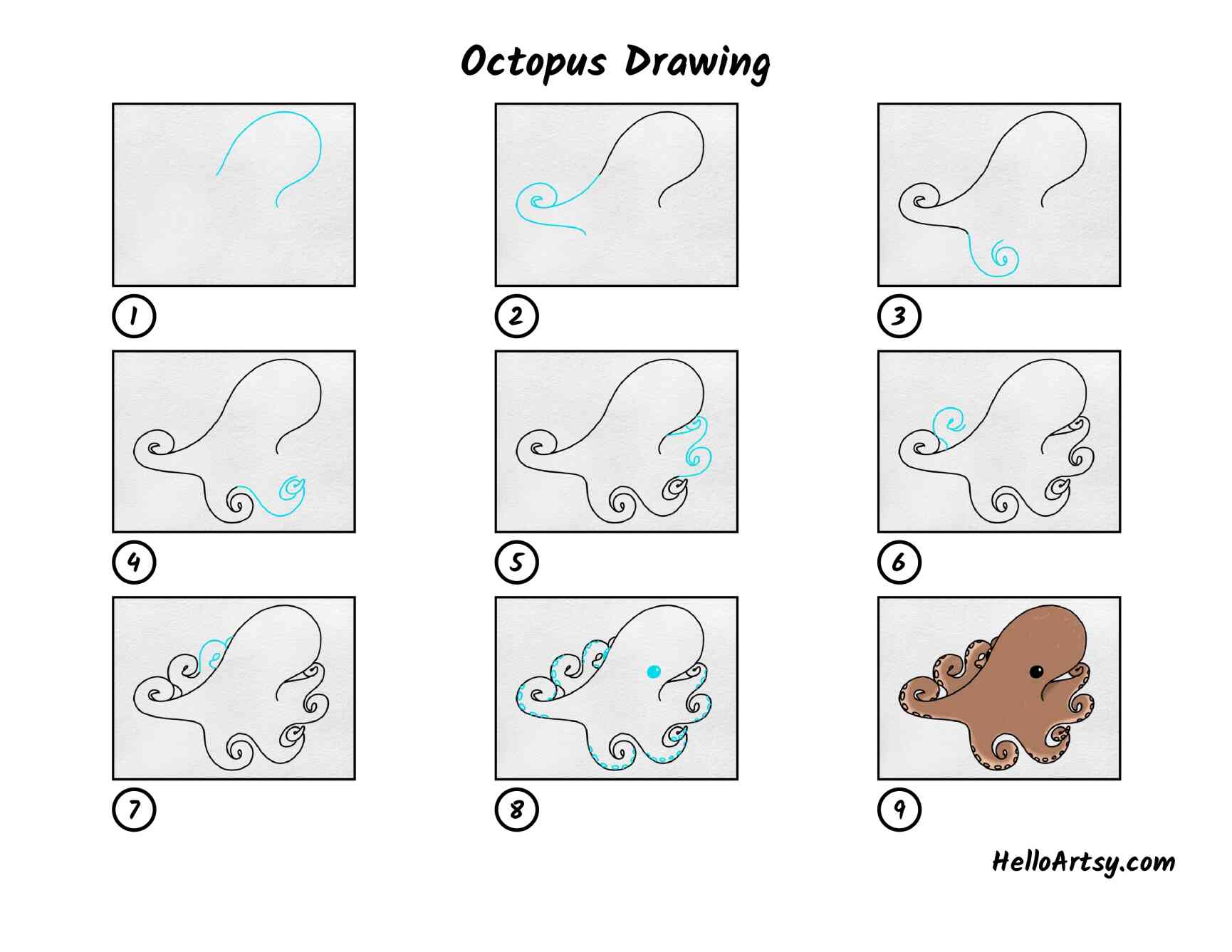 In this post, we will discover how to make an octopus drawing on paper. To look the best, we will pay attention to the different sizes and shapes of each part of the octopus. The new lines in each illustration is drawn blue so you can identify the most recent elements that you will be working on.

Click the link below to view or download this drawing lesson. The PDF is a printable drawing lesson for Octopus Drawing. The last page of the downloadable PDF includes a coloring book page with just the outlines and an extension exercise for prompting kids to get creative!

Octopuses are found all around the world. They usually live on rocky or sandy seafloors but they have been known to live on the ocean floor. They are also sometimes found in the North Pacific and Atlantic Oceans.

An Octopus is Smart at Math

Octopuses are capable of basic counting and addition. They can use this knowledge to break open and eat coconuts that they find on the shore.

The study was conducted by researchers from the University of Portsmouth, who found that the octopuses remembered how many coconut halves they had seen in a row, even if there were other objects in between them.

This demonstrates that octopuses have a kind of working memory for numbers which matches that of vertebrates like humans, birds and monkeys.

These findings are really interesting because they show how octopuses are not just creatures with primitive brains but rather show advanced cognitive skills which until now were unheard of in invertebrates.

Octopus Use Ink to Hide from Predators

Octopuses are the only species of animal that have three hearts, blue blood, and brain cells in their limbs. They also create ink to camouflage themselves from predators.

The octopus has a sac near its mouth that is called an ink sac. The ink sac is a gland that can be manipulated to produce a dark-colored liquid designed to make the octopus blend into their surroundings.